With the nights drawing in and temperatures starting to drop it’s time for a good hearty dessert. So, why not try this warming blend of spices and seasonal pears to create a delicious Autumn cobbler. 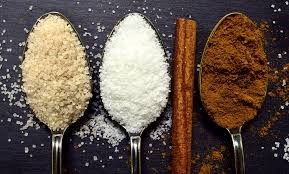 First, preheat the oven to 180oC then melt the butter in a pan on a medium heat, adding in the pears, sugar, flour, cinnamon and salt. Make sure to stir frequently.

Cook the mixture in the pan until the sugar has dissolved and it has started to bubble. The mixture should be allowed to bubble for 2-3 minutes, or until it has thickened.

Once the mixture has thickened remove from the heat and stir in the vanilla extract. This can now be transferred to a 1-quart baking dish and be set aside whilst the topping is made.

To make the topping combine the flour, brown sugar, baking powder, cinnamon, ginger, allspice, nutmeg and salt. Now add the butter using a pastry blender (or fork/fingers). The butter should be roughly pea-sized once mixed together.

Add 3 tablespoons of milk and stir in. The remaining milk can then be added in small amounts a little at a time and mixed in just until the dough comes together.

The topping can now be added to the filling mixture dropping the dough a spoonful at a time. Sprinkle the sanding sugar over the top before adding to the oven.

Bake in the oven for 30-35 minutes or until the top has browned and the filling is bubbling.

Remove from oven and serve warm with a scoop of vanilla ice cream.

Show us what you can create; snap it and share it using #MontpellierCreations.